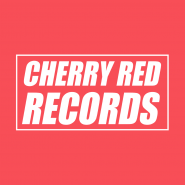 Cherry Red are delighted to announce they are the stadium sponsors of AFC Wimbledon’s new ground at Plough Lane. One of the longest-running ground partnerships in British football, Cherry Red sponsored the team’s old ground at Kingsmeadow and are delighted be taking the partnership to another level.

Founded by Iain McNay in 1978, UK record label Cherry Red has continued to uphold the same fiercely independent values since day one. Renowned for its diversity, the label is one of the most prolific with over 300 physical releases each year; from frontline albums to catalogue gems, including many innovative compilation box sets.

Cherry Red had early successes with artists ranging from the Dead Kennedys to Everything But The Girl, The Monochrome Set and Felt – going on to release the ground-breaking compilation Pillows & Prayers in 1982. In the 1990s the label reinvented itself as a reissue and catalogue specialist, releasing collectibles from the punk, psychobilly, goth and metal scene, alongside a fondly remembered football collectors series.

Over the years the company’s business has expanded with the values of its artists, enabling it to independently look after all rights from digital and audio-visual through to a publishing catalogue that oversees over 27,000 songs. The label produces a monthly radio show hosted on stations globally and publishes a print magazine. It also has close ties to the sporting world, sponsoring a stand at League 1 club AFC Wimbledon’s stadium and Championship club Wycombe Wanderers’ third kit and training kit, as well as sponsoring the Combined Counties Football League. Cherry Red also maintains an interest in Activate Sport – the sports academy and talent management group.