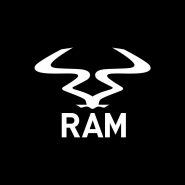 With the rolling, lush beats of his sounds ALB has been steadily creating a space within the 30 year roster of RAM Records. Following additions to the RAM Records drum & bass annual as well as a host of EP’s and singles, his comeback for the latter part of 2022 is shaped by the laid back rhythms of ‘My Time’ and 'Can't Get Enough’.

Amsterdam based producer Carrier storms onto ProgRAM for his debut release which features two fresh selections for the imprint. A label which has spent a decade fashioning its roster, it still manages to bring new life to its catalogue, something which is obvious through the records unleashed by its camp. Carrier joins their sphere of influence by bringing double-sided single ‘Solonight / Locust’ into the frame, putting a spotlight on their burgeoning career for ProgRAM’s audience.

InsideInfo has marked his place on RAM Records through several of its most significant releases. An artist who merges the scientific aspects of drum & bass production with elements of the hard wired, dancefloor sounds which have made his music so prolific, his rework of RAM Trilogy’s ‘Mind Overload’ and DC Breaks ‘Gambino’ stand as imperative part of its thirty year old catalog.

30 year-strong RAM Records has ensured its longevity through the music of artists like roster members Junk Mail, as well as the frequent and highly established guests such as producer A.M.C. And that’s why the forthcoming collaboration from the pair is an eagerly anticipated record on the imprint, a dedication to the historic releases RAM has racked up throughout the years and proving Junk Mail's heavyweight status on the label, alongside one of the most prolific DJs currently on the circuit in 2022.

Chords Drops the Next EP In His Influences Series

Continuing a string of Eps based around the cities which have helped define rave culture, as well as the pinnacle of his influences, Chords returns with his ‘Park Street’ EP which sees him further set his roots into a label which spans over thirty years within the drum & bass genre. Chords has established himself within his home at RAM Records and following his ‘Tooley Street’ EP, Bristol is the next central theme as he explores his sounds throughout this chapter.

The amen breaks which are a symbol of SyRan’s production have helped elevate the pair and pave the way for new acts currently being signed to RAM. With a history of three decades. It’s names like SyRan who are helping to keep the label’s history alive and they’re about to deliver a brand-new single following the fearsome sonics of their previous output ‘Rip Your Face Off/Beyond the Heavens’. And their return is marked with the same energy which has made them identifiable within such a significant roster.

Mandidextrous has not just inserted their own coined subgenres within the back catalogue of ProgRAM. But they’ve also smashed rigid paradigms as well as risen to prominence as part of the mentorship scheme of the 30 year strong sister-label RAM Records and EQ50, the collective redressing the gender balance within drum & bass. After showcasing a mammoth number of tour dates, which included last year’s XOYO RAM Records show in London, they make a return this year with another packed out festival season and a brand new single ‘Express Yourself / Radiator’ alongside fellow Bristolian Matt Scratch. With the latest string of successes coming as no surprise after being labelled as part of the 'Ones to Watch' segment this year by BBC Radio 1.

With the imprint hitting its 30-year celebrations, it was only apt to remind fans of the caliber of new producers who have come through to help build such a historic platform. And part of the new generation of artists breaking through on RAM is Waypoint; a self-taught producer and audiophile, it was the formative listening of Andy C & Shimon’s ‘Quest’ which drew him to the genre. Now set to be debuted on the moniker which created his love for drum & bass, his forthcoming single ‘Forever / Myself Again’ with its warbling basslines and diced samples marks his graduation into a legendary roster.

‘Common Ground’ is the debut album from Skantia and it's a timeline of the producer's ascent following his exclusive signing to RAM Records in 2019. Already spearheading a takeover slot on BBC Radio 1 Dance Presents, as well as boasting a range of tastemaker support, ‘Common Ground’ further solidifies the foundations he has built over a short but explosive period of time. Representing RAM on the global stage during its 30 year anniversary, Skantia has shown that he’s here to continually innovate and as he moves through his early twenties he has helped to change the game when it comes to production style. Something which is a resounding fact which features throughout ‘Common Ground’.

Years in the making, and with tracks in the spotlight across the DJ circuit throughout this time, Calyx & TeeBee’s brand new ‘Plates’ project has finally hit stores. The standard which was set for ‘Plates’ remained clear; not just through the album’s art, but also in the return to dubplate culture which was the primary ethos behind its release. Calyx & TeeBee wanted to strip back the way in which people consumed their music through ‘Plates’, especially within the new digital age. And despite a global pandemic, they persevered in delivering their cuts across clubs, through DJ sets and online through live streams for RAM Records as well as music festivals around the world. So each individual release featured music which had already done damage, but with a less disposable feel to every single; something which has resonated with the pair's deep history within drum & bass.

As an artist on 30 year strong RAM Records, Chords has gradually established himself as an integral part of the roster. With the success of his ‘Arrhythmia EP’ sitting in its backdrop, he now emerges with a brand new selection, another package which exemplifies how he bridges the gap between his classically trained sound design and his dancefloor prowess.

‘Warehouse Days’ is the final release before Calyx & TeeBee introduce their full-length album which aims to take listeners back to the original ethos of releasing music.

Kicking off the year long birthday celebrations, this April RAM Records returns to one of London’s most iconic venues for a club series that will showcase 30 years of a label that has led the game.