KJ Spio is an artist manager and label executive that has gained international success with an independent approach.

Having worked with a range of artists including Big Narstie, Sarkodie, Efya and Blaq Jerzee, it was during his time with late British rapper Cadet that he demonstrated the potential of the independent manager/artist partnership with the right record at hand.

Knocked back by traditional label executives who were focused on metrics rather than the music, Spio helped Cadet release his first charting single, 2018’s Advice, which went on to gain Platinum status in the UK.

Alongside his management and label services consultancy, which sees him working with artists across both the UK and African markets, Spio also lends his expertise to virtual concert platform CEEK, as the company’s Creative Director.

Conceived in a pre-pandemic world, but rocketed by the move online for artists during lockdown, CEEK develops social virtual and augmented reality experiences across a number of entertainment sectors. It has particular success in the virtual gig space with artists such as Oxlade, Ari Lennox, French Montana, Diamon Platnumz, and Sarkodie; and with broader music programming featuring household names such as Lady Gaga, Bon Jovi, Demi Lovato, Ringo Starr, Shakira, Jennifer Lopez and Miley Cyrus.

We sat down with Spio recently to talk about the growth of CEEK, the power of the manager/artist tag team and the potential in a conduit between the UK and African music markets.

Where did your music industry career begin?

It started with a recording studio back in the day. I was working with engineers, producers and artists, and it progressed from there. I think my first real music industry experience was as Big Narstie’s tour manager in 2016. My first major tour as a tour manager was a Craig David arena tour. Everything I do now comes from that. I got so much experience from it: doing 25,000 arenas every night. Then I started managing Cadet and other acts.

Now I’m the Creative Director of CEEK, which involves coming up with ideas about how we can create these amazing virtual concerts.

"The main objective was to create amazing content by artists that can be given directly to fans. It was a Netflix for music."

KJ Spio on the vision for virtual concert platform CEEK.

We can come back to the management side of your career. Tell us a bit about CEEK…

The concept came around five or six years ago. Even before Covid, the main objective was to create amazing content by artists that can be given directly to fans. It was a Netflix for music – that’s the best way to describe it. If an artist has a great idea for a live show, we can combine the live element with amazing sets and present it to an audience. It’s reimaging the visual and audio experience of a record and offering it to their fanbase.

Absolutely. Every artist that we speak to has all these ideas for their live show but don’t have enough time and resources for an elaborate set. I can give you a perfect example: Since the beginning of his career, Oxlade had always wanted to perform with The Compozers, and they’d wanted to perform with him as well but they’d never gotten the chance because of touring schedules and other things. That was the perfect marriage because they wanted to create an intimate setting where it feels like he is performing in your living room. Then, it’s about getting into the intricacies of having an amazing production, paying attention to detail and doing the little things that artists want to do but they haven’t had the chance to.

As you say, this was all devised before the pandemic and then similar approaches took off out of necessity because of lockdown. What was that like from CEEK’s point of view?

The very first one that we did was with Sarkodie in Ghana in August during the pandemic and the website actually crashed [because it was so popular]. It felt like the platform was created for the pandemic but it just so happened that a lot of other virtual concerts emerged as well.

I think what makes CEEK different from other virtual concert platforms is the amazing spaces. We filmed one with Diamond Platnumz in the Serengeti, which had such amazing scenery, for example.

What kind of audience figures can CEEK bring for an audience?

How is the platform monetized?

It depends on how the product is presented. Some of them are presented [free] for the fans, some are paid for, with the price point based on conversations with the artists. It can be anywhere from 50 cents to $1.

What’s your ambition for the platform long term? Where would you like to see it in five years or so?

From a creative standpoint, the topmost priority for me is making sure that we have amazing content and experiences. If you take late night TV, for example. As soon as I mention a late night TV performance, you can picture the set up. We want to create a situation where every time you think of CEEK, you picture the most amazing performances possible. Long term, we want to create amazing content, where people come for an amazing experience – stuff you can watch over and over.

Do you think that artists are at a point now where they can run their own businesses with minimal support?

You managed to gain Platinum status with a similar setup to what you describe on an independent release in Cadet’s Advice in 2018. Can you talk a bit about how you achieved that?

It started off being about trying to get the record signed, but it felt like people were more interested in streaming numbers and what they could achieve, rather than how much they believed in the music – so we did it independently. We came up with a marketing plan, put a very small budget behind it, and worked it. We got our own PR and radio people.

It did amazing numbers. We continued to push it. When it went silver it was unbelievable because it was totally independent. I remember a lot of label heads telling me it was impossible, that we could only go so far with it. And it went platinum.

You can do it independently. If you have a strong record that connects, with a good plan and a commitment to push it, you can achieve it.

What made you so sure, against all traditional advice?

The music itself. It all comes from the content of the record. When you have something that is incredible and has a message behind it, there will be millions of people that feel the same way as you do. You just have to put it in front of them.

With more than 100,000 tracks added to Spotify every day, however, it’s inevitable that some great music doesn’t get the audience it deserves. How do you get above the noise to make sure that someone like Cadet stands out?

You need to have a plan and commit to it. The plan can change, but you need to have a plan. It’s about making estimates and catching an early start – making sure that the record is in the right places that its core potential audience can find it. On Spotify, if you stream a million in New York City, the first part of the campaign starts there. I would focus as much as possible before looking to grow. You have to tap into whatever is already working for the artist and that you serve that demographic before you build an elaborate plan beyond that. Market to the core audience of the artist.

"If you’re managing artists, plan as much as you can. Then, as soon as you have the plan, execute it. Don’t spend too long in the drawing room."

You work with artists in both Africa and the UK, bringing the two sides across borders. What are the opportunities here in the UK for African musicians at the moment?

Should the UK industry be looking more at the business in Africa than they do at the moment?

I think there are huge opportunities. The UK market is one of the best markets in the world, but when it comes to building profile and establishing longevity, Africa is a great place too that can definitely add to what you have here. It can’t be ignored because it has a huge number of consumers that love music. It’s really important to tap into that as well.

What advice would you give to a new manager today?

You have to do a lot. You have to do the most. If you’re managing artists, you have to be committed and focused, be super active and plan as much as you can. Then, as soon as you have the plan, execute it. Don’t spend too long in the drawing room. 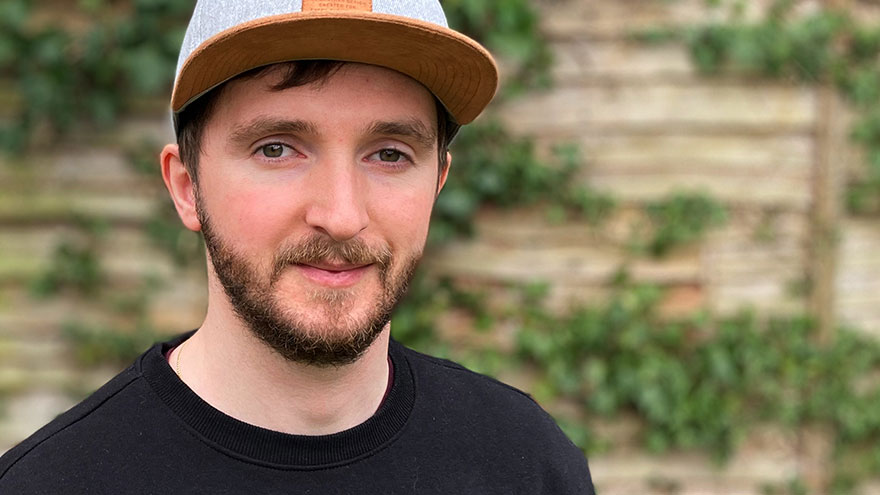 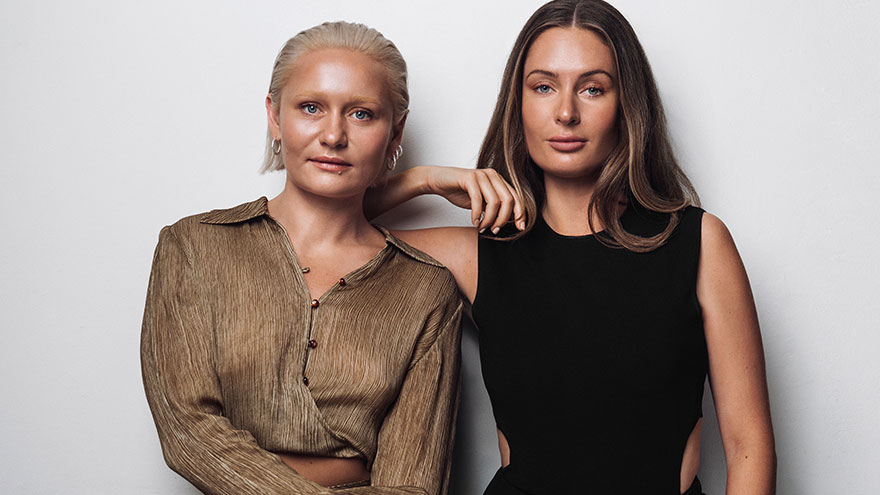 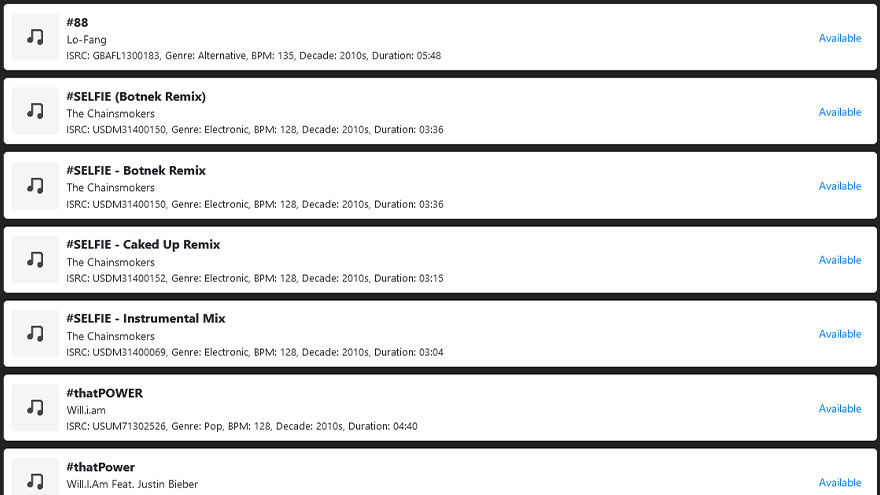