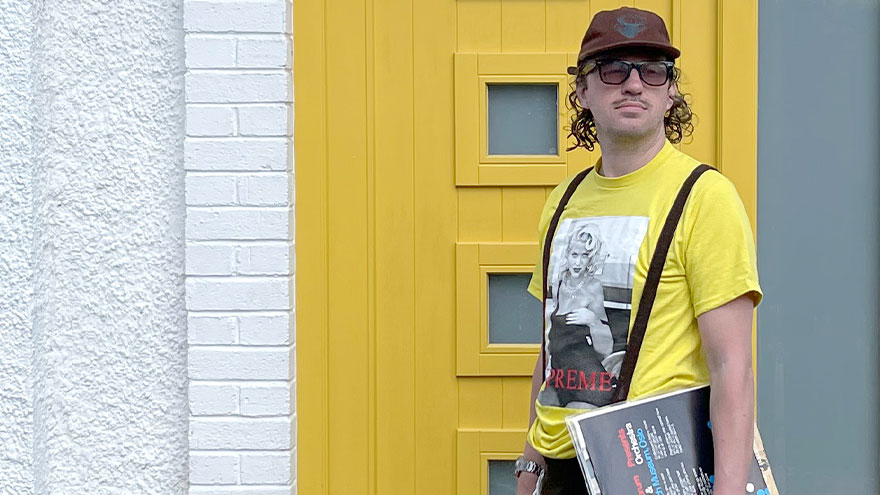 'Indies are strong and can get stronger. We are the future'

The AIM Independent Music Awards returns on August 25. In the weeks leading up to this year's ceremony, The IMI will be sitting down with the people behind the nominees for Best Small Label. This week, meet Athens Of The North founder Euan Fryer…

Founded in Edinburgh, Scotland, in 2014, Athens Of The North could perhaps be described as an extension of Euan Fryer’s record collection.

“I have a serious collection of American soul, funk and disco 45s,” he says. “The vision of the label was to find artists from the records I collect and reissue music they thought had been forgotten.”

But it doesn’t stop there. In fact the AOTN model is three-fold, with Fryer recognising that by signing publishing deals, he is able to boost profits through sync and sample clearances.

“We then use profits to fund high quality new releases from a small group of artists I 100% believe in,” he explains.

Reissue or new release, the remastering and recording is all done in-house: “It takes a huge pressure off artists financially and time-wise,” says Fryer, who would like to get even more hands-on in the near future by adding a cutting lathe to the AOTN inventory.

“I’d also like to build a small analogue studio in the hills of Ibiza so we can take artists away and record in the sun with no pressure, but that’s a while away yet.”

In the meantime, Fryer has a 2021 AIM Awards nomination for Best Small Label to worry about.

Obviously sales are a driver, as you have to pay the bills, but I want to make future classics and take risks with good artists. Success for me is going back two years later, listening to an LP and knowing we made something really special.

What have been your proudest moments with the label?

I find it hard to pat myself on the back or be proud, I’m always learning and getting better. I’m proud whenever cashflow is not on the edge and I can say to artists, ‘Let’s just start this next week.’ I guess my proudest moment, when I can stop and look back, is yet to come.

"With the rise of new indie stores - and some hardcore shops that have been around for years - we have allies pushing good music in every town."

Euan Fryer, Athens Of The North

Why do you think you’ve been nominated for this award (don’t be modest)?

We work on putting out good music. I stay away from fads and try and make classic albums with people I know are right. Someone has obviously spotted that. That’s really nice.

Sales were down a bit, but the label didn’t stop completely. Vinyl pressing capacity has been a nightmare and sync all but disappeared. We got a couple of good hip-hop sample clearance advances, which helped a lot, and we have increased our output on the reissue side to make up for fewer sales. We just worked harder.

Obviously digital is a great equalizer, and with the rise of new indie stores – and some hardcore shops that have been around for years – we have allies pushing good music in every town. I feel people are searching out music again, so we are strong and can get stronger. Indies are also strong in the sync market as we have the best tunes. I still feel advertising needs to take more risks, but we will get there. So, yes, loads of impact. We are the future.

I’ll take two short ones: The fact it is so London-centric and streaming rates could be better/more transparent.

Alexandria Hock, Hugh Worskett, Jason Ngimbi, Jason Rackam, Joseph Hatch and Tobenna Egekwu are among candidates for the 2021 AIM Board to be announced at the organisation's AGM later this month...

Good Neighbours is a series brought to The IMI by The Music Federation’s Achal Dhillon. It's designed to highlight individuals in the music industry who embody that unique sense of indie community and are changing the biz for the better. This time, Dhillon sits down with Polarface founder Jason Ngimbi

Zuzu has lived the life of a major label signing and felt all the pressures and expectations that come with it. Now an independent artist using label services and D2C to reach her fans, she's in a much healthier position. She still, however, raises questions about the stresses put on young artists in a changing music industry...

Independent operators are being dealt a bad hand by a system that blindly distributes unallocated royalties from streaming, social media and more according to market share. This company says it can solve the transparency issue – but is this a problem that some would rather not fix?

"A universally known, hugely respected and loved character - if you hadn’t already seen him at a gig or festival, you’d most certainly hear his infectious and infamous laugh."