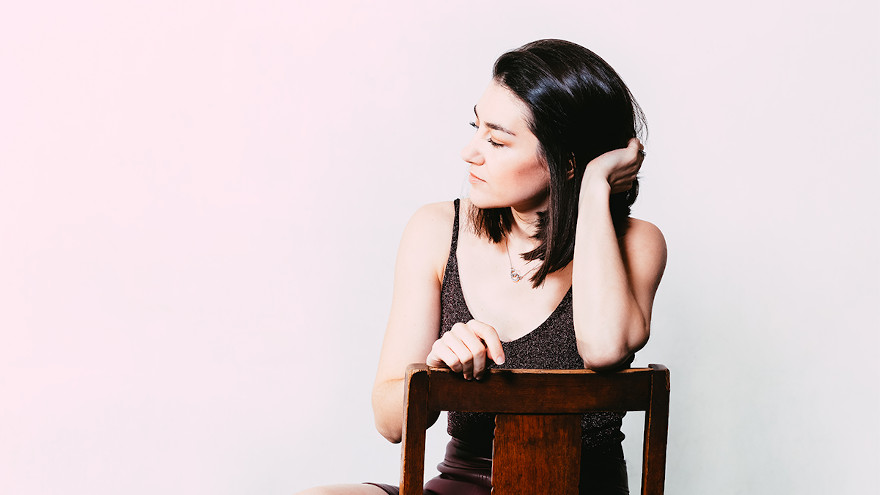 Hannah Trigwell is the perfect example of an artist that has combined musical talent with social media savvy to great effect.

She’s been uploading covers and original songs to YouTube for more than a decade now and, over that time, has amassed more than half a million subscribers and a hundred million views.

Trigwell’s musical career soon stretched beyond the Google platform, as she released her debut single and won Best International Unsigned Act at the Online Music Awards in 2011.

The artist partnered with Absolute in 2015 and set up her own label, TeaPot Records. She released her debut album RED in August last year, supporting it with a sold-out 12-date European tour. The LP became a Top 10 in multiple territories across the world.

We grabbed a couple of minutes with Hannah to get her take on working as a truly independent artist and some insight into real social media success.

At what point did you decide to work with a company like Absolute, having gotten so far entirely on your own steam?

For around five years, I had been using digital aggregators that enabled me to get my music on Spotify, Apple Music and so on, but I was really looking for a team of people that would understand what I was doing, and could offer advice to help me do it better.

I plan out each of my single/album campaigns, which I love doing, but it’s great to be able to flesh ideas out with people who are passionate about music and want to make those campaigns the best they can be. I much prefer being able to speak to people about strategy, rather than just hitting send on a computer and hoping for the best.

How has the label services model benefited yourself and your business? Why would you recommend it over a traditional label deal?

The label services model is perfect for me because I love keeping track of the business side and running my own label. I haven’t had a traditional label deal for my original music, but I know from friends that do have those deals that the level of control I have is massive. I enjoy knowing that I can release the music that I want to release, the way I want to.

What’s your approach to social media as an independent creator? What’s the key to success?

Consistency and perseverance. People give up way too fast. If I could put out 100 pieces of content a day, I would definitely do that, and I’d be pretty confident about growing an audience that way. It’s easier than ever to reach people, but there is a lot of ‘noise’ to cut through – that’s where the perseverance part comes in.

What advice would you give to artists looking to make more of their YouTube presence in particular?

I really need to take my own advice, but just upload more stuff. People overthink their content, or they want it to be perfect, so they don’t upload it. The hardest part is starting, and letting your creation go when you upload it. There are so many examples of people who massively increase their uploads for, say, a month or a year and the result is exponential growth.

TikTok is currently (in terms of platform size and growth) where YouTube was when I jumped on it. It’s probably one of the few big platforms right now where you can still achieve massive organic growth in a relatively short space of time. If I was going to recommend going hard on any platform, it’d be TikTok.

What are your ambitions as an artist and creator over the next five years? Do you have any particular goals in mind?

I want to release way more singles (that culminate in album releases) and much more content. If I could drop a single a month, that’d be my ultimate goal, but that’s a lot of work, so I’m currently figuring out if it would be possible to do that – and to do it well!

I’d love to get a full-time creative production team to help me make content for my music and to show more of what I do day-to-day as an artist, so that is what I’m working towards right now.

Founded in 1998, Absolute is one of the world’s most established independent label services companies.